We're so sad! We lost three resident cats to two German Shepherds who came through our driveway.

Our 19 year old Sammie is gone. Suffering a horrible death from these dogs. Sammie was getting thinner but was still enjoying life to the fullest. Kit Kat was only 10 years old and was also killed right here on his own property. Lots of fur on the ground. Seems he put up a good fight but was unable to escape. He was the "front porch cat". He loved to sleep on the front porch. He was the welcoming committee for visitors. He is missed so much and I am reminded of just how much every time I go out the front door. The third kitty was little Izzy. He had deformed front paws from Radial Hypoplasia. He was only 5 years old and didn't have a chance to get away. They were all killed on their own place, in their own home. I heard a commotion and ran outside just in time to see one of the dogs with Ratchett in his mouth. I screamed, he dropped Ratchett. Ratchett ran for cover. I corralled the dogs and got them into the garage. I called animal control for the second time, they came and picked up the dogs. Then I rushed Ratchett to the vet. He had a couple of puncture wounds, a small amount of internal bleeding, and was badly bruised. He hurt real bad so he got some shots for immediate help and pills to take for 5 days for pain. He has since healed nicely and is back to his old self. In the 29 years we have been here this has never happened. 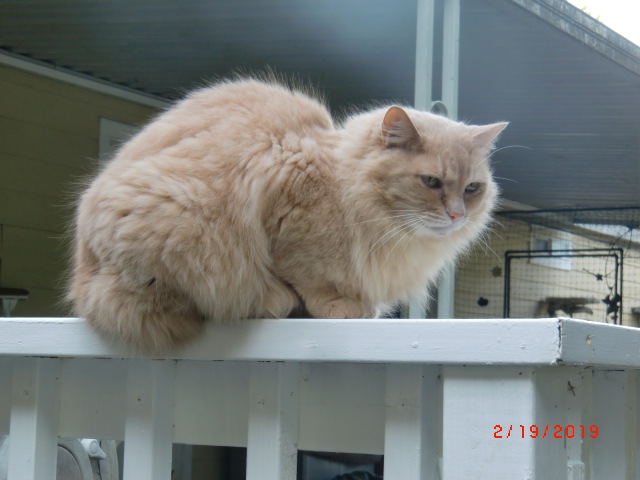 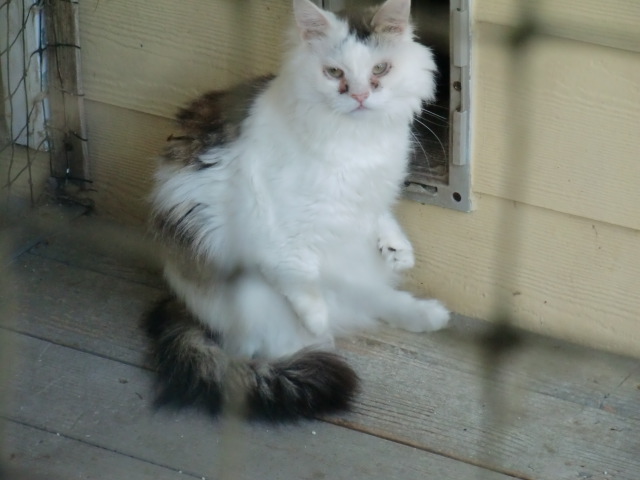 Well it will never happen again!

We have gone through great expense to put up a motorized gate to make sure they are all safe now when they go outside.

When you subscribe to the blog, we will send you an e-mail when there are new updates on the site so you wouldn't miss them.

As we pause to count our blessings this year, you're one of them.  We're thankful for you!

Because of your generosity, we were able to rescue Zoey who was very near death at the time of her rescue.

This sweet little girl was brought to us about 3 weeks ago now. She was in very bad shape. I don't think she would have lasted much longer on her own. You can see and feel every bone in her little body, she is extremely thin.

11 November 2022
Amos Moves
Wow, Amos has moved from the infamous chair to the heated window seat in the living room.  Do you think I may have fluffed his chair cushion one to many times?  He is venturing out more.  I see him all over the house now.  Of cour...